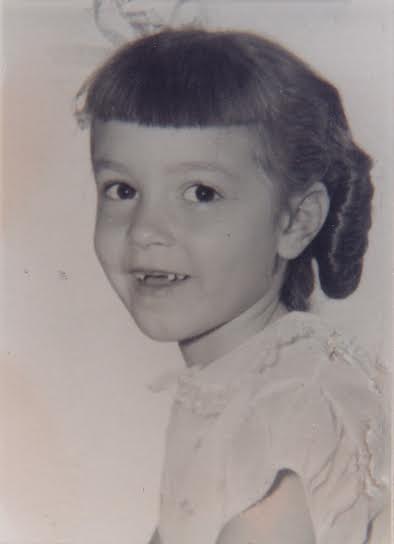 Thirty years ago I met my Inner Child.

Riding the subway from Queens to NYC with my eyes shuttered to the unnerving crush of rush hour commuters pressing in upon me, I seemed to effortlessly find her.  She was about 6 years old and lived in our old apartment house.

In my mind’s eye, she and I held hands and went through a closet door behind my bed and Narnia-style we emerged into another time and place.  The scene was completely different from an urban 6th floor apartment or a rush hour subway commute. It was wooded, serene and soothing.  We came upon a log cabin which seemed to be ours and we explored both inside and outside our private safe space. There was much to find and enjoy, but the train ride was nearing my stop and I knew we had to go back ‘home.’

But I was surprised, actually shocked, when she refused to go back! I pleaded, cajoled, and offered many important reasons why she needed to return. I promised that now that I found her I would not let her be lost again in my seemingly endless need to please others. I told her how our sisters and brother, grandfather and parents would miss her. Nothing worked and I was stumped. I finally told her I couldn’t stay – I had to go to work in a few minutes – and that I didn’t want to leave her alone. She said not to worry – she had enough to keep her occupied and she would wait for me whenever I came back. Time was obviously not linear there.

And so, I left her in that warm, cozy home with the fire burning, food on the table, easel and paint, books, swing, cozy bed with beautiful quilt and other other wondrous things for her to craft her days and nights. And I, who in this 3D life have not lived alone for more than a week or two, left her there and got off the subway with a prayer in my heart not to think this was just a daydream to while away the uncomfortable ride, but to remember that somehow, this was Real and not to forget her!

This is a 2 part taped interview I had in early 2014 with a doctoral student in psychology about my ARISE method of soul-based counseling including Reiki or energy work in a counseling session. The transcript has been edited for better reading. Hope you like it!

PART 2: Culture, religion, and working in the quantum to access higher wisdom

Hmm. Have you had times where you noticed certain clients of yours from a different cultural background respond differently?

I love ethnic background work.  That was the focus of my doctoral research: ethnic identity, self-esteem, and perception of discrimination.   If you feel like you are being discriminated against because of your ethnicity, does it help your self-esteem or does it hurt your self-esteem? So it was an interesting research project but it took me almost ten years to get it approved and defended because the topic was seen as too controversial for the institution at the time. They were concerned that there would be stereotyping and discrimination in my research, but I wasn’t attempting to stereotype or discriminate, I was attempting to look at the everyday reality of  marginalized populations.

It’s such an interesting question because I was raised Catholic. And so my inner world was populated from a very early age. I was a very spiritual little girl. I went to catholic school from elementary, high school and college and lived easily within Jesus, Mary, Angels paradigm. After college, I stopped being a Catholic and my family was so upset. They said, “What happened to you?  We struggled to put you through this training!”

I said I’d learned too much about church history because 300 years after Jesus transitioned, groups of men, Constantine, and the Roman empire decided what to include and exclude from Jesus’s teachings, and how to move this organized state religion forward, for their own purposes.

Also, I was a young woman in the 60s and early 70s and I was incensed that the Catholic church was (and still is) against birth control.  It is so disempowering for women, to not have access to your sexuality and being safe. What this practice does around the world to women in poverty - it’s unbelievable and unconscionable to me that still today in 2014, the Catholic church is still saying not to use birth control.

So church history, birth control, and learning about the similarities of comparative religions, I stepped out of that arena completely.  Then I went through a very interesting phase for many decades of working through a meditative and internal world view. And then along came Reiki and energy work.

"How does healing work?"

So many people ask this simple question - and the answers are anything but simple. "It's a miracle." "No one knows." "It's like praying or positive thinking - it just works." Scientists and pharmacologists are delving more deeply into the placebo effect. Is it all in our minds? What is the truth behind the mind body connection?

It reminds me of a time when I was in college so many years ago. I read a breathtaking book describing how the earth's continents seemed to fit together like puzzle pieces. There was so much detailed evidence that pointed to this conclusion and it was something that caught my imagination.

But the scientific community dismissed all the 'evidence' as circumstantial and ridiculed the author, and, of course, anyone else who thought this sounded like common sense, calming stating the ‘obvious’ – there is no mechanism that could move continents. All that changed when plates were found underlying continents and subduction from the molten core of the earth was found to be the engine that drove the plates into and around each other, causing our lively, living planet.

" The acceptance of plate tectonics by the scientific community in the 1960's is one of the great events in the history of science. Despite the fact that almost all geologists considered moving continents to be the rankest sort of heresy, when the data began to accumulate they willingly abandoned the teachings of a lifetime in deference to the new information" states Hazen & Trefil in Science Matters (2009).

I don't remember their being so willing to abandon their worldview, since I attended college in the 1970's and it was still heretical. Nevertheless, what's the 'rankest sort of heresy' concerning healing?

Well, I was recently told by a professional colleague that quantum applications of healing are, and I quote, "Gobbledegook". By this he meant shim sham, spiritualism, spooky.

Why is it gobbledegook?

Because this fascinating perspective has not yet made the voyage into the mainstream scientific consciousness, although it has for many healers, especially those of us who claim we work in the quantum! Quantum physicists seem to have a problem with this 'heresy' because they are dealing with mathematical formulas, not applications of their mathematics or their theories.

How can you have practical applications to something that is so mind-bending?

By bending your mind

Many physicists and leading edge scientists are the metaphysicians of our time. They just don't know it. :-)

4:44 pm was the time frozen on Austin’s stopped wristwatch.

The circumstances were tragic. My young daughter’s best friend, Austin, was hit and killed by a bus while riding his bike home from school. Grabbing at anything to help us move through this time, 444 seemed to me a magical number, so I researched it and found that thousands of angels surround you at 444. They bring a message for you to remember that all is well, all is always well.

In the midst of such loss and pain while losing a precious and so-alive 15 year old child, these words were encouraging reminders that angels surrounded Austin at the moment of death, that there was and is nothing to fear, and that all is well. Unbelieveable. And yet true. Could I reach to the truth of these words? They became mantras of a sort when breath became too searing to bear. And it did indeed help.

Then I started seeing 444 on license plates at unusual times. The day Austin would have graduated high school, we followed a car with 444 in the license plate all the way out of the school auditorium and halfway home. Could it really be a coincidence or was Austin communicating with us? The night my husband decided to finally sing the song he had written for Austin, a car zoomed in front of us with a 444 license plate, traveling half of the distance to the open mic event. Smiling, believing a little more, and certainly appreciating Austin’s timeliness and humor, I began to ask him to keep in touch. And, he did!